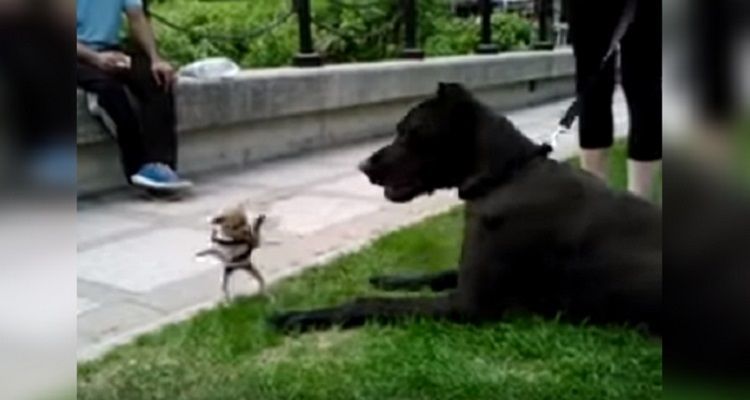 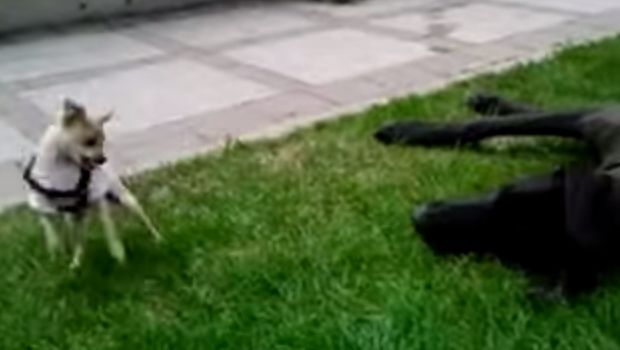 “Small dog syndrome” is a common phenomenon amongst little canines. Basically, it means that tiny dogs mistakenly think they are more powerful than bigger foes or pack leaders. Most of the time, they aren’t. But… then there are little dogs like this Chihuahua. I have a feeling he can pack a punch.

Obviously, this little dog has a bone or two to pick with her giant acquaintance.

They met at The Forks in Winnipeg, Manitoba Canada. Lilly is a fearless Chihuahua warrior, to her size doesn’t matter. She is a lot like the ant from the story about an elephant and ant, small, full of confidence and arrogance. Vago, on the other hand, acts with grace and gentleness, so unexpected from such a large animal. These two will put a smile on your face. 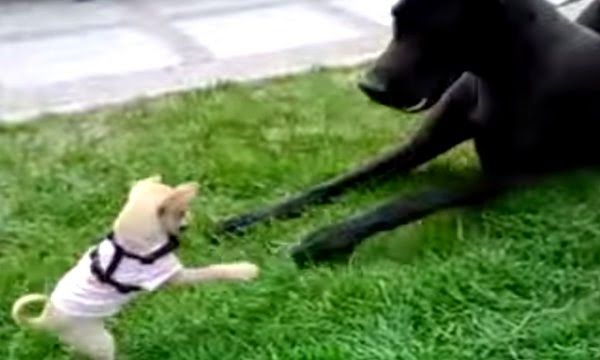 Watch as the tiny Chihuahua attempts to play with a really gentle (and much bigger) Great Dane, not taking no for an answer. It’s like the Chihuahua is trying to tame a dragon. A very friendly dragon!

This is probably the most adorable little play fight ever, with the two dogs being from the complete opposite ends of the spectrum: 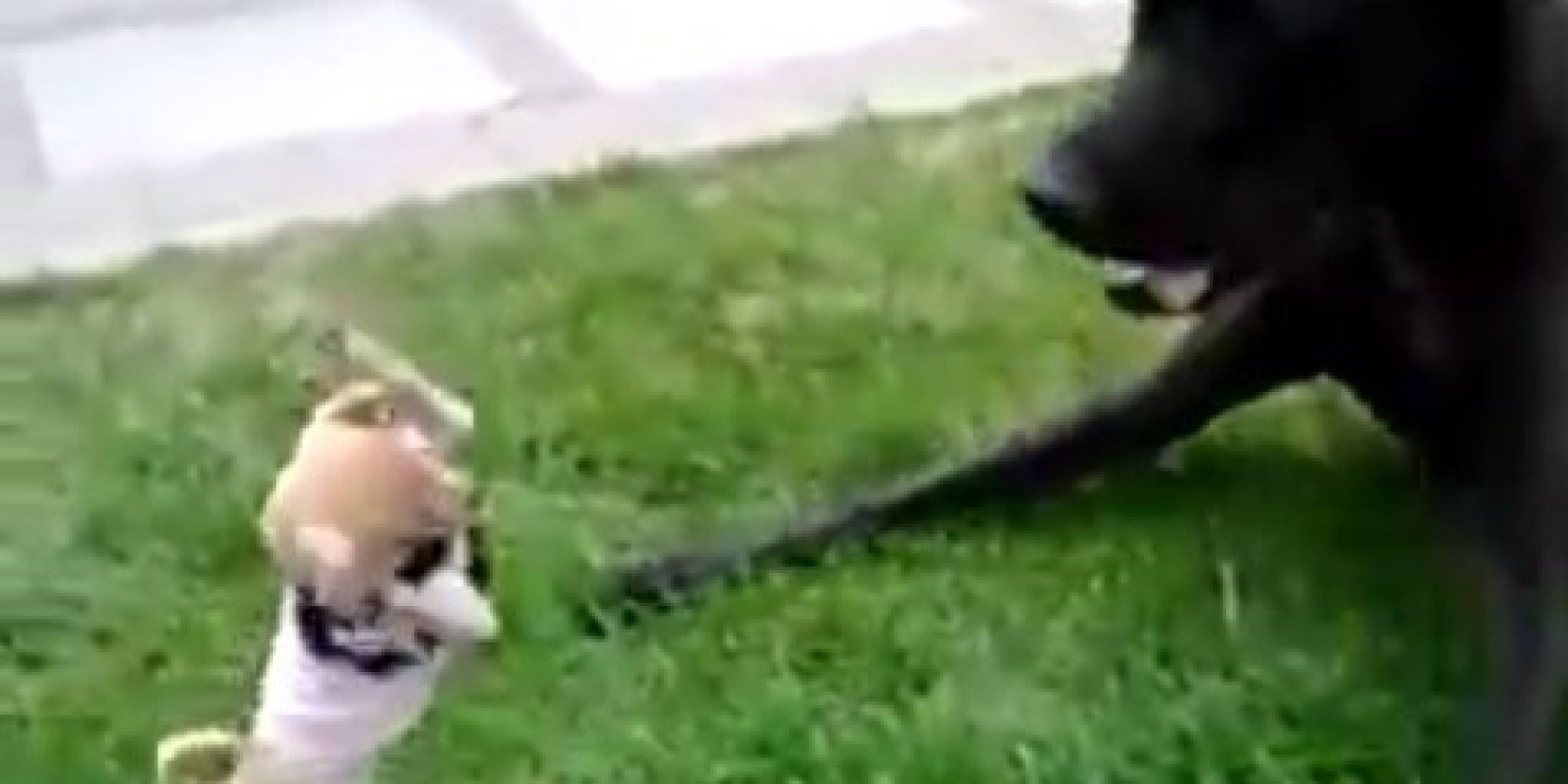 Also, you have to give props to the Great Dane owner for keeping his dogs paw swiping to a minimum. One accidental smack and I feel like that tiny Chihuahua would have got his bell rung pretty good.

These two will put a smile on your face. Enjoy and share this adorable video with your friends and family.